Week 17: Steve is soft played and allowed to win because it is his 60th Birthday! 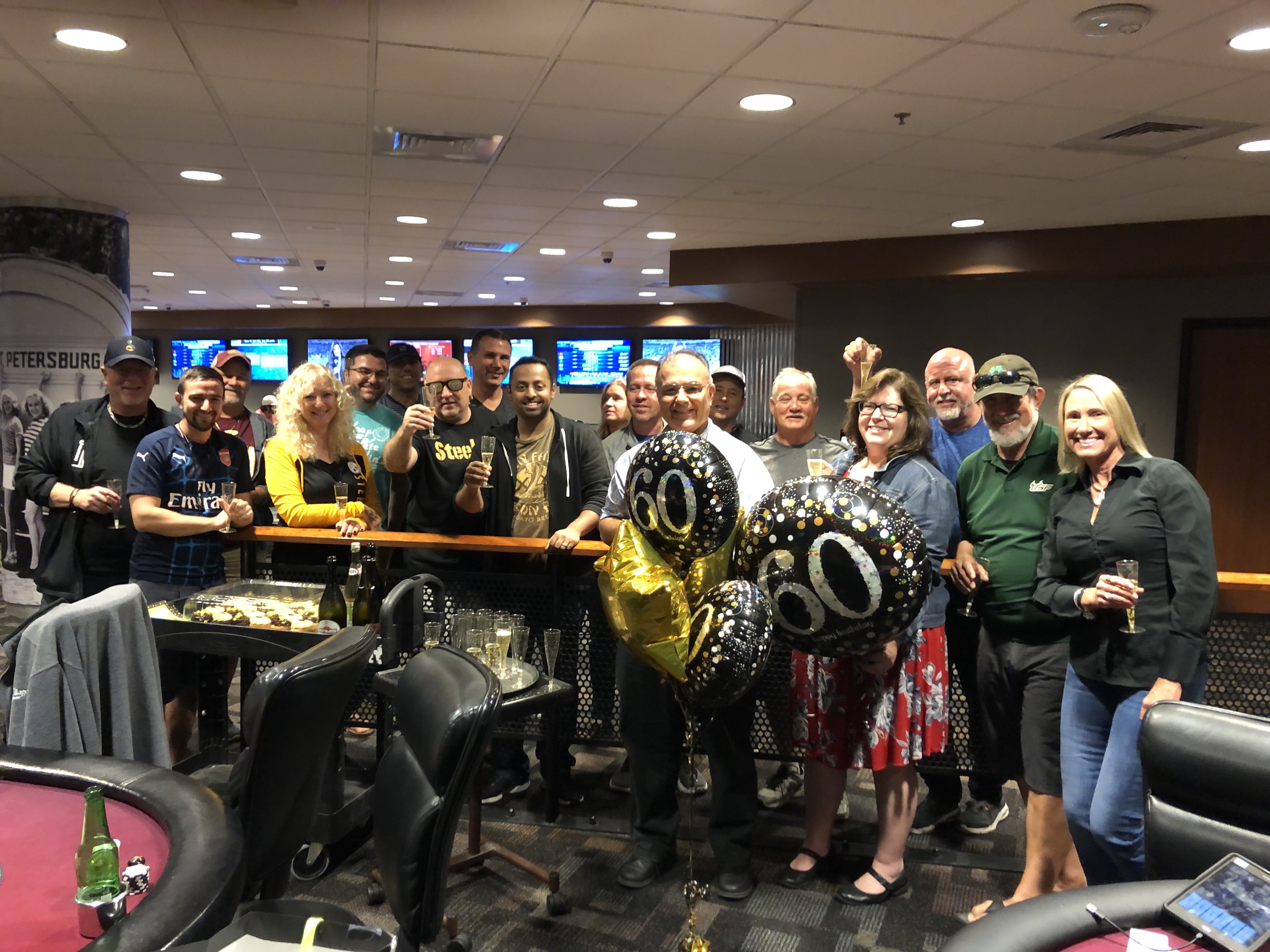 It was A HUGE GAME and a HUGE Celebration! Similar to last week when the league fell on Halloween, this week the league fell on Steve “The Godfather’s” 60th birthday! At the first break he was surprised with Balloons, cupcakes, champagne & gifts! Clive led a rousing rendition of “For he’s a Jolly Good Fellow”!

In a huge hand where Jason raised preflop and Andra reraised John 89(unsuited)> Andra AA> Jason KK. Muscles flopped top pair and shoved – Andra & Jasom both got it in as well. John got his straight & the triple up crippling Andra & Jason.

Shortly after Jason & Andra were at the window

It was 1st break and time for celebrating Steve Trizis’ Birthday!

Bob A2 chop Andra A4

Ann>Clive for the knockout! He flopped a straight, she rivered a higher straight!

Rob AK>Allen AQ To knock him out 7th.

Both were the big stacks before this hand!

Ann then knocked Andra out A8>KQ. Ann checked the A high flop & Andra took a chance hoping her he flopped Pair of Queens was good. Andra out 5th.

Rob AK>Jason AJ for the knockout.

…… yes they let Steve win because it was his birthday

One thought on “Week 17: Steve is soft played and allowed to win because it is his 60th Birthday!”