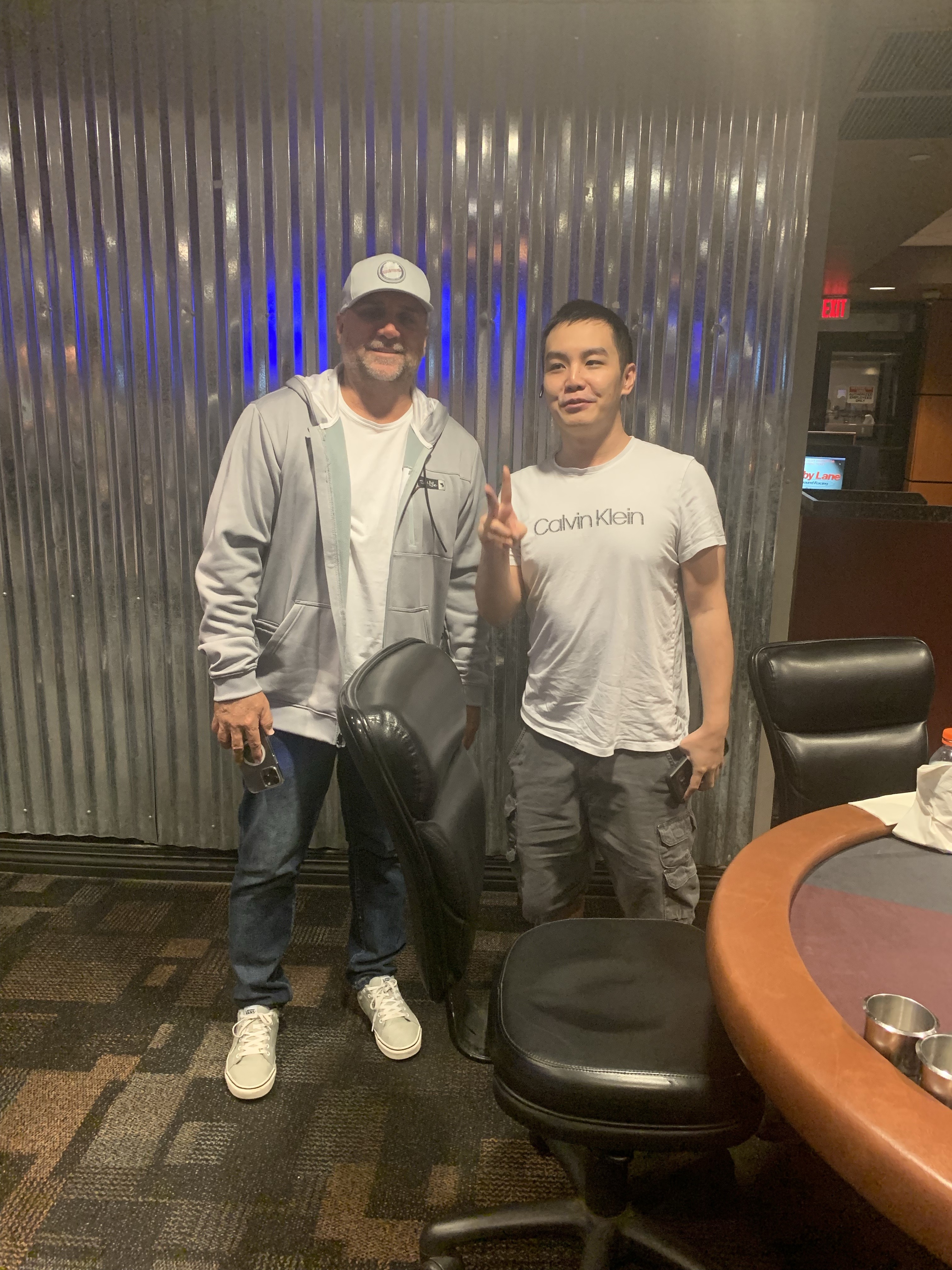 Week 10 was another win for Team Riddle/Zivolich with the chop of Cecil Riddle & Likang Berninger subbing for Joe Parrish. Joe is solid in first place on the season leaderboard (even without this win from Likang). We are 1/2 way through the season and all members can still get a Main Event seat -there are 140 more final table points available by the end of the season.

Big thanks to our reporters Jake Naumann & Mark Winchell this week filling in for Andra, and Tina for substituting.

Huge pot between Dave Bennett and Shawn O’Brien, Shawn gets paid off on the river

Steve Trizis & Brett Pope All in on the flop. Steve had the 7. Brett rivered 2 pair.

Cecil QJ> Peter 9T
All in on turn

Herb could not survive with AJ against AK vs “The Brett”

The Brett hero calls ace-high vs Marsha Wolak and wins a big one. Might have to call Joe Ingram on that one.

Clive “The Wanker” Gavin shoves the flop with top pair and gets called by Shawn. Clive holds strong

Craig K5>Brett A4
Craig dub was AI in the bb

The final table in order of finish was;