Week 10: Return of the Empire, The Godfather Strikes Back 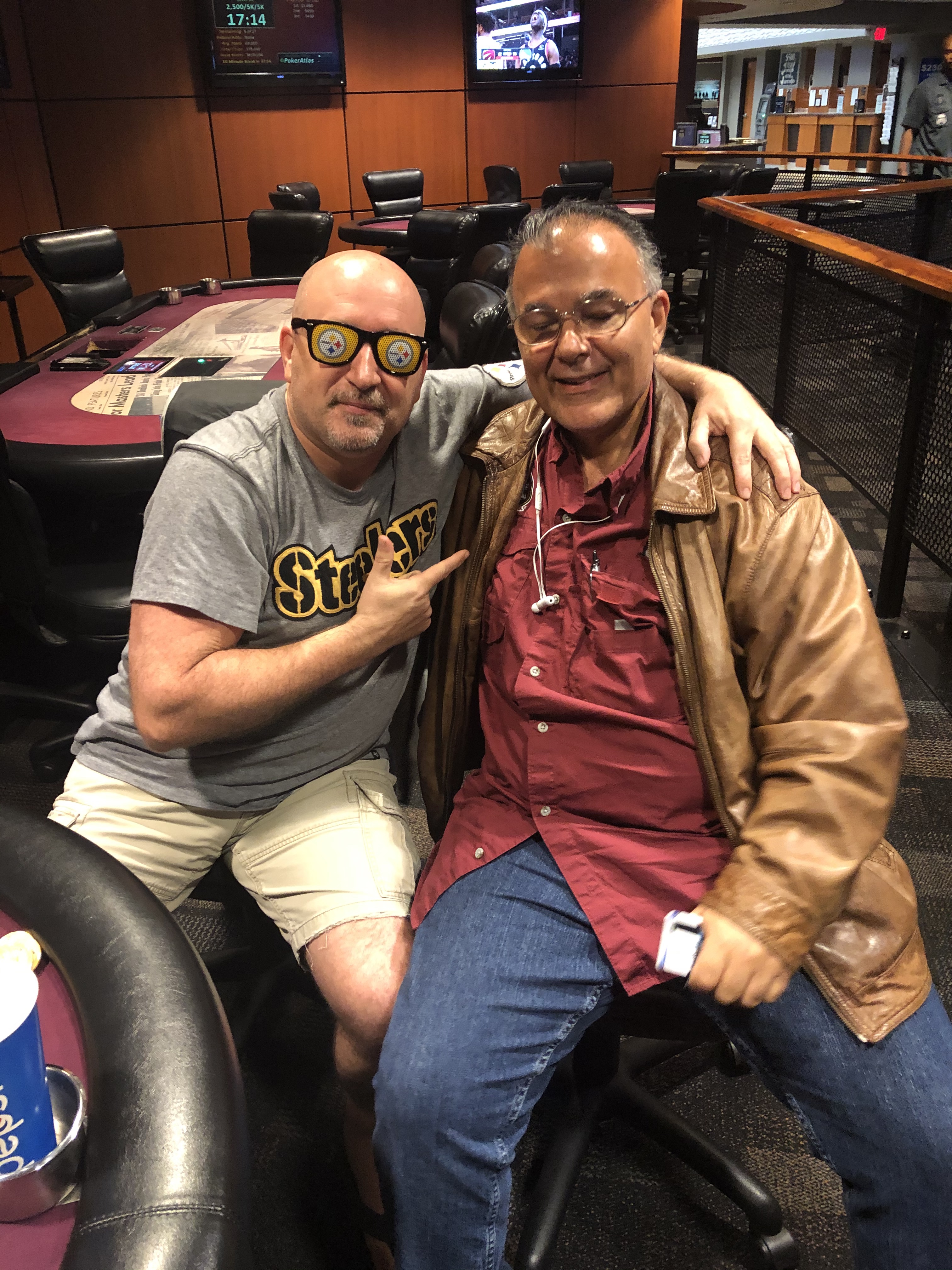 Week ten was rewarding for the bottom rung players on the season leaderboard.  Steve Trizis, known as “The Godfather” of the league, who was bragging about holding 22nd place out of 21st players, managed to run up a short stack at the final table for a chop with Clive.  The top six spots on the season leaderboard remained unchanged including Andra Zachow still in first after a 7th place finish this week.  With their chop this week Clive is now in 11th place and Steve is in 15th place.  Mo, Bill and Rob all moved up as well.

Early in the evening at the outer table Darryl was building his stack when his QQ bested Mo’s 33 over Jason’s AA for set over set over Aces.

Mark Winchell’s 88 was behind when Barry Jacobs showed JJ.

Short stacked, Mark Winchell J8 was out when Derek’s AK dominated him and Paul Mastella’s QQ was no good.

Steve was all in but Bill found a fold despite not believing him. Bill was correct. Bills hand was better.

Mo was all in for 25K++ and Bob folded 22. Marv buried his head in his hands after Bob showed & folded. “how can you fold that?” The Duckman lamented. “It’s migration season!” 🤣

Bob AK>Marv AJ for the knockout

Steve 99>Doc B AK to double up. Steve is currently 22 of 21 remaining Spring league players and kind of wants a win tonight.

With Derek & Jason out we had our final table!

Mo AJss>Doc B A8 for the knockout

Clive AK>Bob S A9ss (for Ed V) for the knockout

Darry A6cc>Andra KQ for the knockout.

Blinds at 1K/2K Andra was the big blind Darryl raised to 7K and Andra shoved 18K. Darryl called and his A6♣️♣️ held

Darryl Woodruff finished 5th.  Did you ever notice who he looks like?

And…….he’s baaaaack! We had a chop between Steve Trizis & Clive Gavin for first!