Week 16: Spooky Halloween results! Ed gets a win, Allen tops the leaderboard, and Andra wins the costume contest but candy instead of points for her! 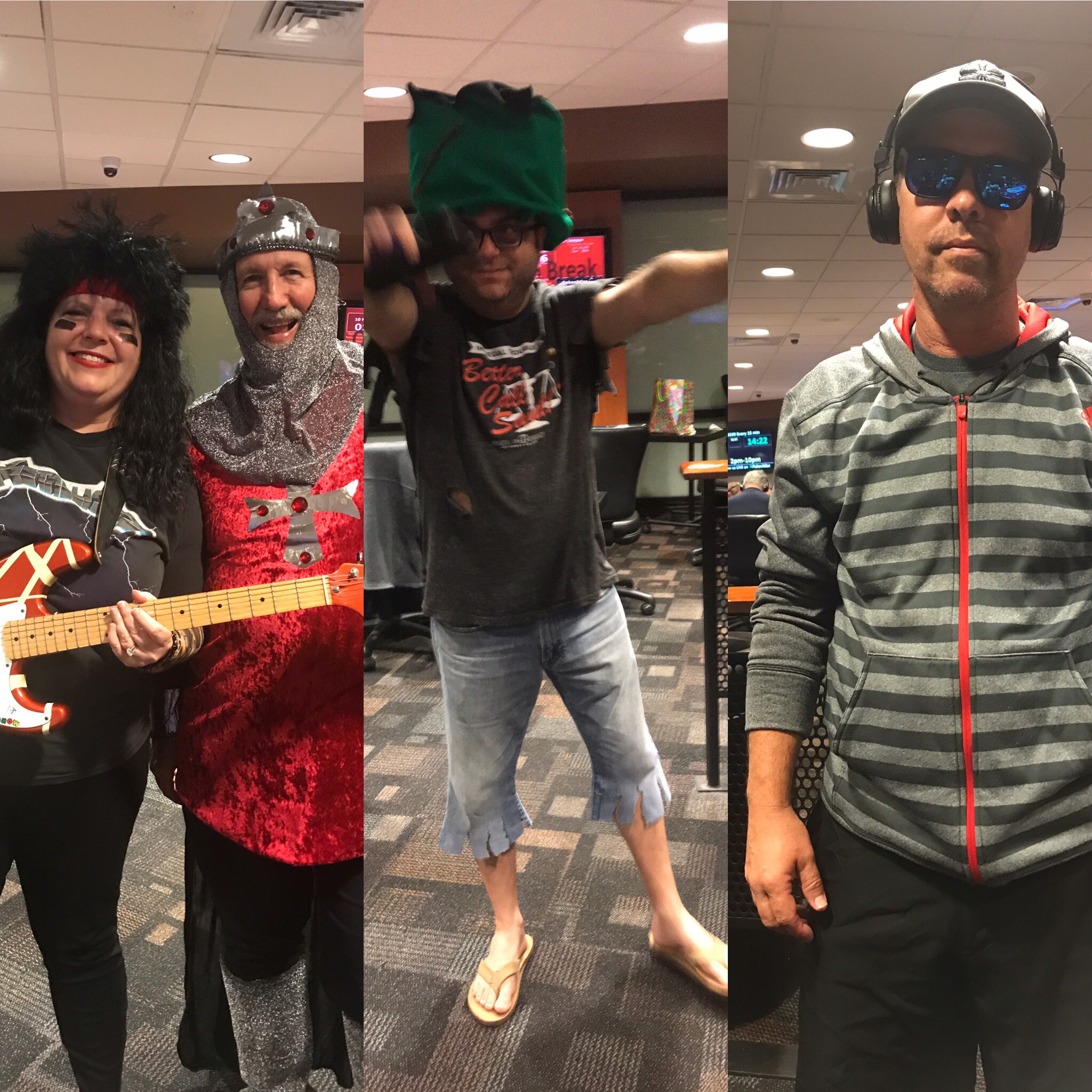 The League fell on Halloween this year so we decided to have a costume contest. The Dealers’ and servers’ costumes were amazing this year as well.

Andra was a Rock Star &

Rob was a King

Mark was tilted poker player (this was, unfortunately, his bust out interview pic)

Andrea Ruosi was dressed as a GOOD poker player, he had us all fooled – for a little while…

Even Frankenstein (Fil Khavin) made an appearance!

Straight flush – another Gerry versus Alan

Sherry, short stacked, flopped a wheel and Andra called with 77 to double her

Andra A8♠️♠️ >Andrea QT>Clive for a much needed triple up!