Week 6: A chop for John “Muscles” Gordon & Tina “always has it” Pridgen 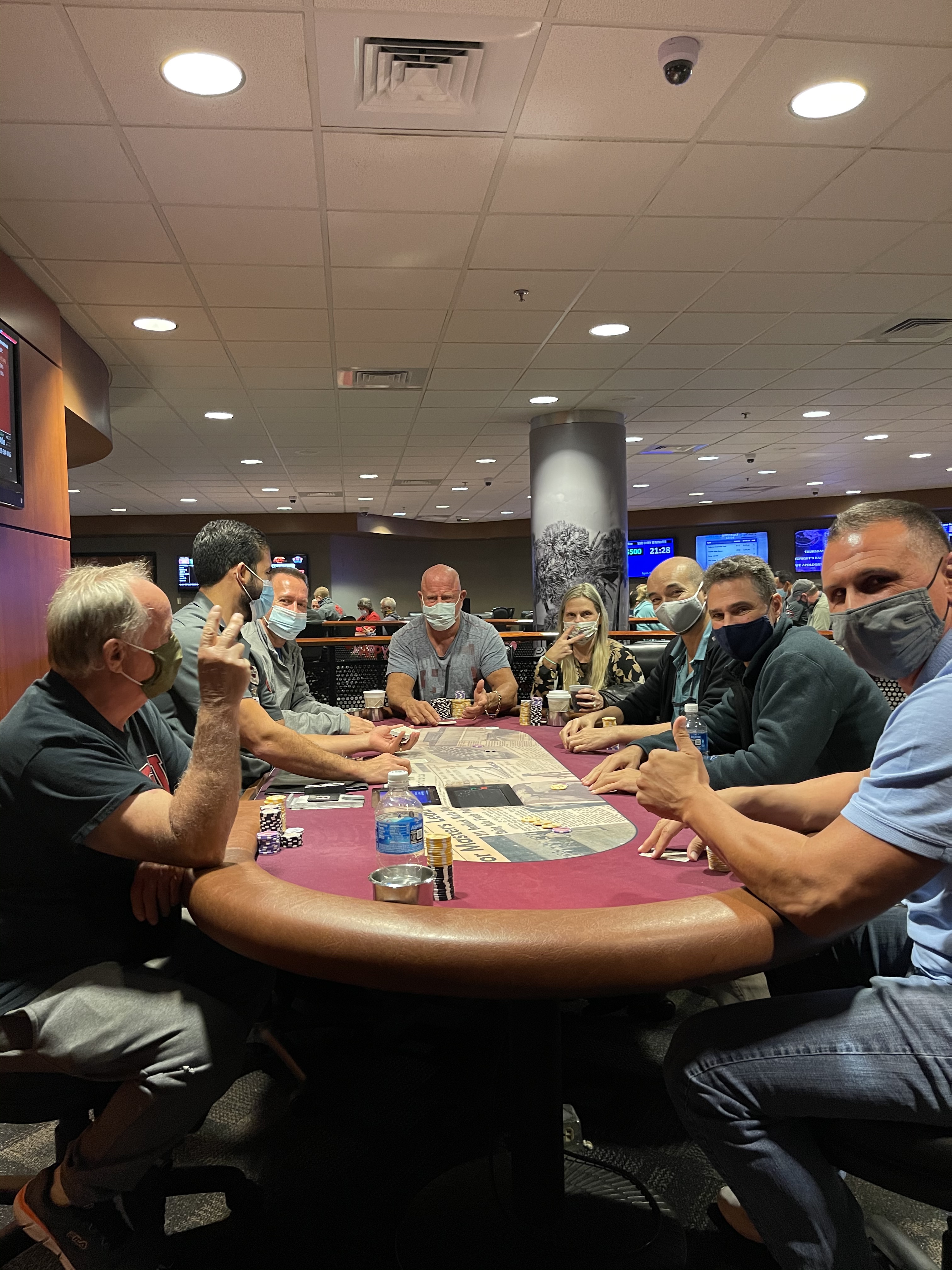 Shortly after that Vegas Dave, short, shoved his remaining 4K +|- and Andra shoved her 9K.

Doc 66> Lori KQ for the knockout

Vegas Dave raised, John reraised & Andra shoved AK with 12bb. Dave folded and John tabled 99. Andra missed the flop & the rest and was out. She’s lost her mojo this season after tremendous success in the prior two seasons and only has one person below her on the leaderboard – because he’s only played two weeks…..

Mark then doubled with AA through John Gordon

Mark out 5th with his last 3k in and 3 callers. Jason’s shitty two pair was good vs Mark’s J that paired.

Jason was out 4th when John flopped trip 4s vs Jason’s A8 two pair on the flop.

SuperDave was out third.

In the end Tina Pridgen and John Gordon chopped first place although Tina did say “I did have more chips”.

The Final Table in order of finish was: