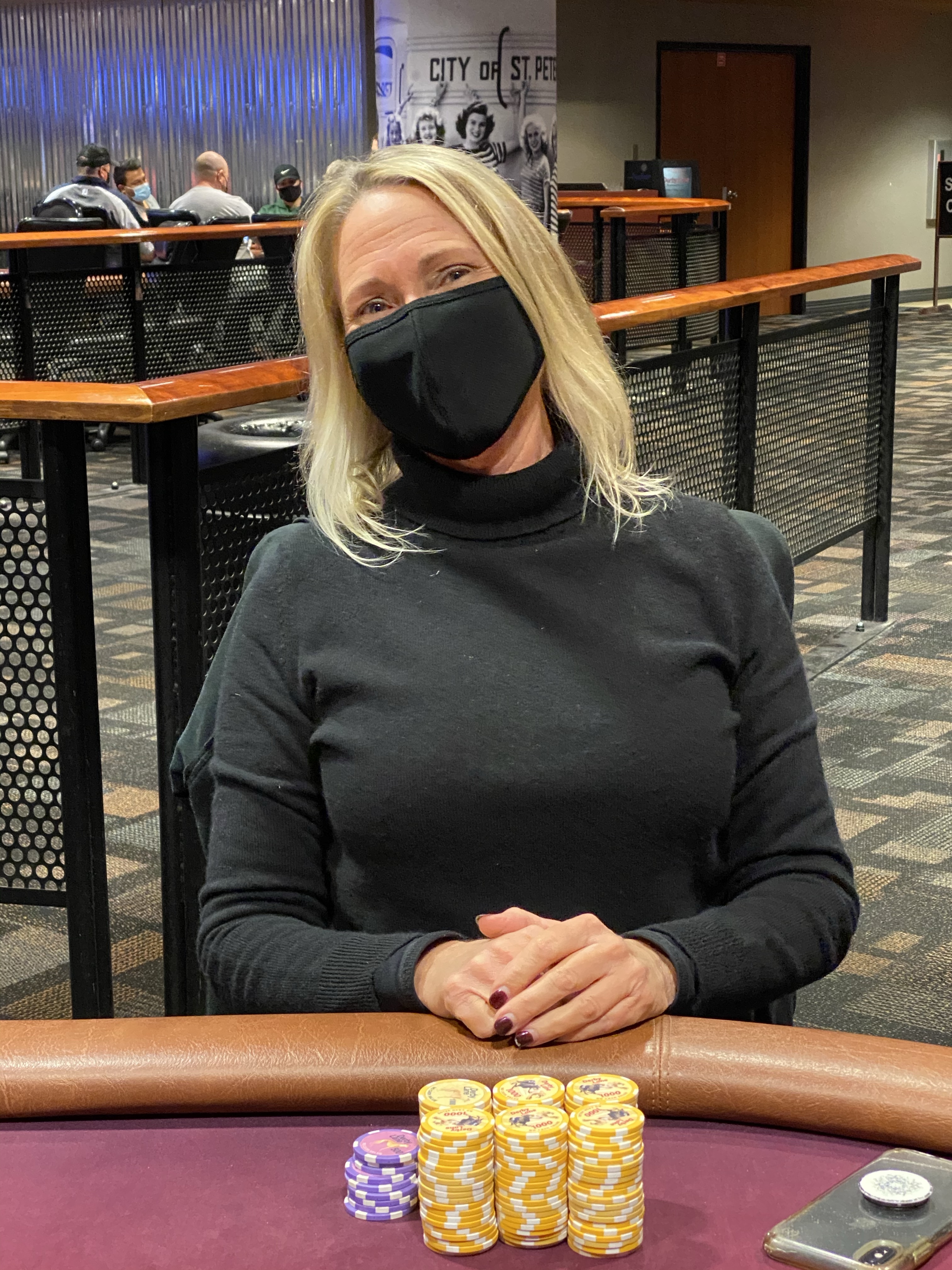 Joe was our first bust when Doc’s AT>KQ. Joe was all in after a Q high flop and Doc rivered an A, of course.

Mark raised a limp pot to 700 and everyone called. On the flop Tima bet 2000 with Doc & Alex calling. On the Turn Tina made it 2500 and Doc Brown shoved.. Tina tanked and called with a flush draw. Doc’s straight was good.

Alex was all in with QQ and his Dad Doc Brown called with a straight draw and donated some chips.

Tina was all in and Joe went over the top. Joe had flopped a straight and Tina two pair. The straight held and Tina was sent to the rail.

Doc Brown knocked Alex out when his A8 bested KJ

Earlier at the outer table Pre-flop Steve shoved on nitty Jason and Steve was out!

Mark’s AA>Andra’s JJ to leave her on fumes…

And Chrissy hit the nail on the coffin when her AA bested Andra’s A8. Andra was out in 8th place.

Chrissy’s KJ suited >Joe’s A2o for the knockout in 7th place. Joe came into tonight in 1st place overall, their was a bit of a celebration after his exit.

Mark KQ>Jason’s 99 for a double up

Chrissy’s KK topped Andrea’s hand for the knockout and a HUGER stack.

Mark’s A5>Chrissy’s KJ to double up-barely a dent in her MONSTER stack!

Jason 77>Mark 88 and Mark finished third for the week which moved him back up to 2nd place overall for the season! Mark has final tabled every week this season.

In the end Chrissy won 1st place after crushing Jason heads up (that’s how she described it).