Week 5: Jeff Ferrara gets the Win! 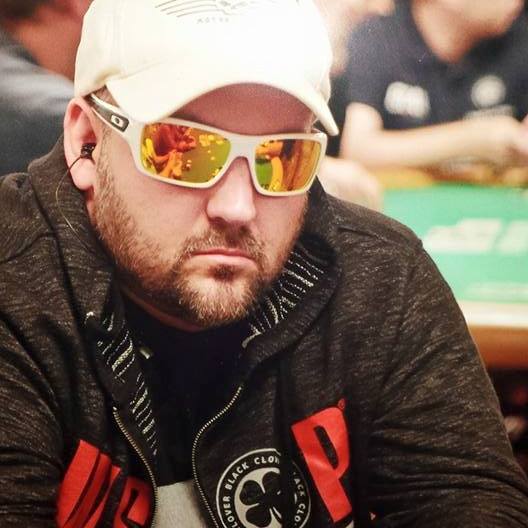 It was another exciting week at the Tampa Bay Elite Poker League at Derby Lane this past Thursday.  There were bad beats, suck outs, donkeys,  fish, quads, QUADS, and other assorted poker terms represented well.

In the end the big winner was Jeff Ferrara in his second final table appearance of the season and giving him the points to vault him into 7th place on the leaderboard.

Steve Trizis, Joe Parrish and Wade Thomas have now final tabled 3 of the first 5 weeks solidifying their places on the leaderboard.  Steve gave everyone a break last season so that more people would join thinking they could actually beat him

There were plenty of hands to share this week.

For the first quads of the night Juan’s quad 9s>Herb AQ.  No long sleeves for Juan.

What a table.  One of the outer tables included Jacob Naumann, Karl Man, Trey Harrell,  Joe Parrish, and  Jeff Ferrera.  Then they moved Jason there.  It was an all out brawl.

In  a painful hand, Doc cracked Mo’s AA with 8-2dd. All in on the flop. He rivered a diamond.   Mo then rebought & beat Mark’s KK leaving Mark short again after he had recovered from the earlier set over set beat.

Meanwhile at the waaaaay outer table (ie the losers lounge regular 6pm tournament) Karl had bought in after busting the league.

Karl decided to school the 6pm-ers and busted Andra when she thought SHE had top pair.

Edie Jo vs the Shark. Jeff Ferrera. Jeff’s 44 was good for a nice chip up!

Herb. 2nd time he’s got quads.  Just not fair.  Later Herb finished 2nd for his first final table this season and a jump up on the leaderboard.

Marv vs Jeff. Marv shoved on the flop with5 high. Hit the 5. Lost to the rivered flush

Then Jeff gets the win!

League results 1/31/19: The final table in order of finish was