Week 6: Herb gets the win! League members discover what is on that tablet he’s always looking at! 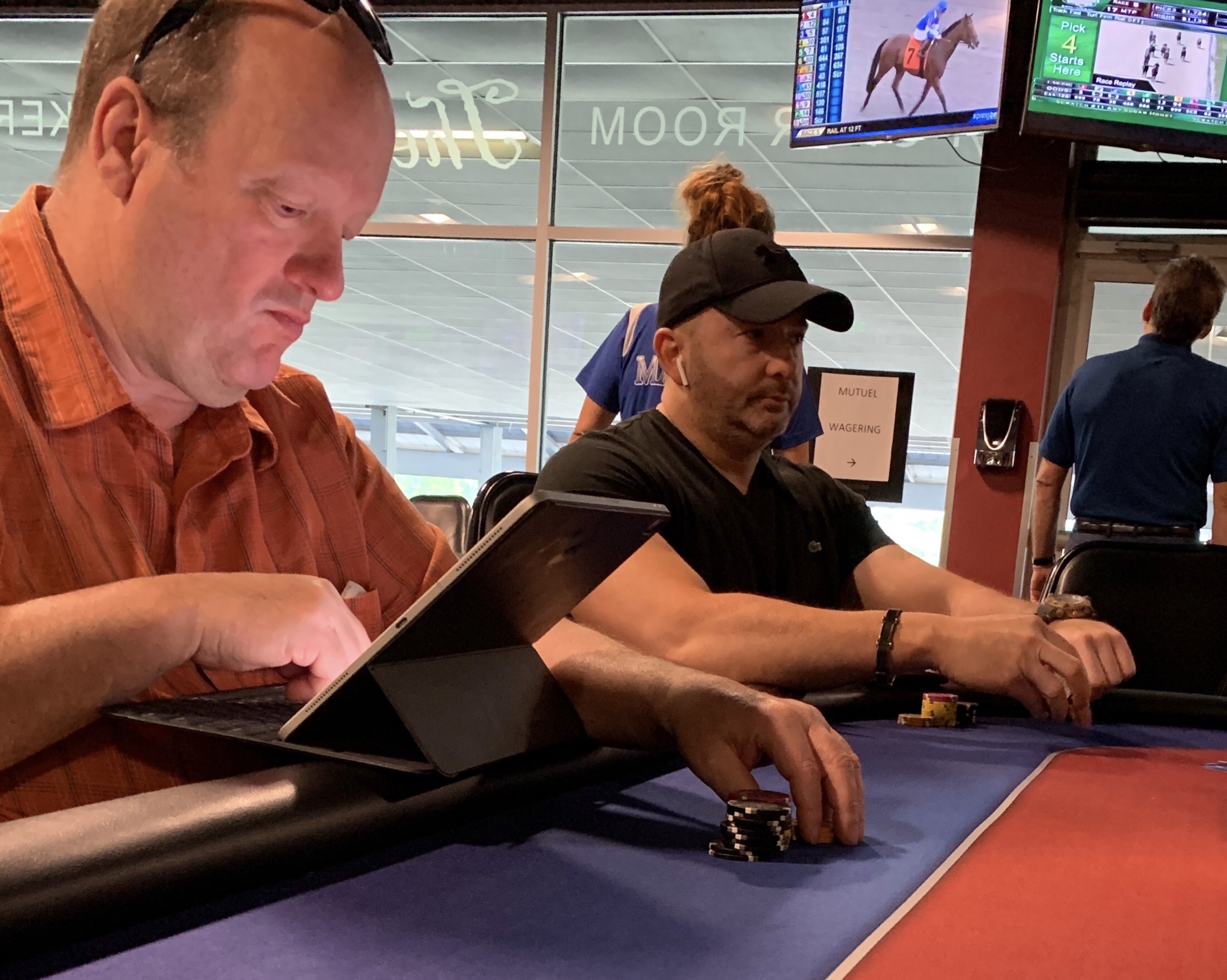 Herb Woodbery bested his 2nd place finish in week 5 by taking 1st this week with back to back Final Tables.  Members have been curious after seeing that ever present tablet wherever he plays.  The cat was let out of the bag when secret sources who asked not to be named revealed screen shots of his tablet.

What is Herb looking at?
Ken O’Donnell’s 2nd place finish catapulted him past John Gordon to claim the top spot on the Spring 2019 leaderboard.  Ken is now the man to beat.

Some notable hands during the week:

Mid tourney Rob called Kenny’s preflop raise with a 68 hearts. Kenny had 66. The board ran out the straight with 3 4 5 X 7 on river and Rob’s higher straight gives him the double up through Kenny.

Then there were 10: The final table!

At the final table Rob’s 22 vs Joe Parrish’s AQ on a flop of Q X 2 allowed Rob another double-up.

Once down to 3 players Rob jammed with A8 vs Kenny’s AA. Kenny’s aces held and he went to heads up vs Herb.

TBEPL Members represented well at the Ante Up Poker Tour this past weekend. Landon Brown ICM chopped third and will also be playing the Ante Up Poker World Championship this summer.  Doc Brown was not too far behind in 5th.  League Alum Andra Zachow and Edie Jo Norman were 23rd & 24th respectively (Andra was busted by Landon Brown which made her sad). Others in the money included Marv “Duckman” Karlins and Alum Mike Beattie.