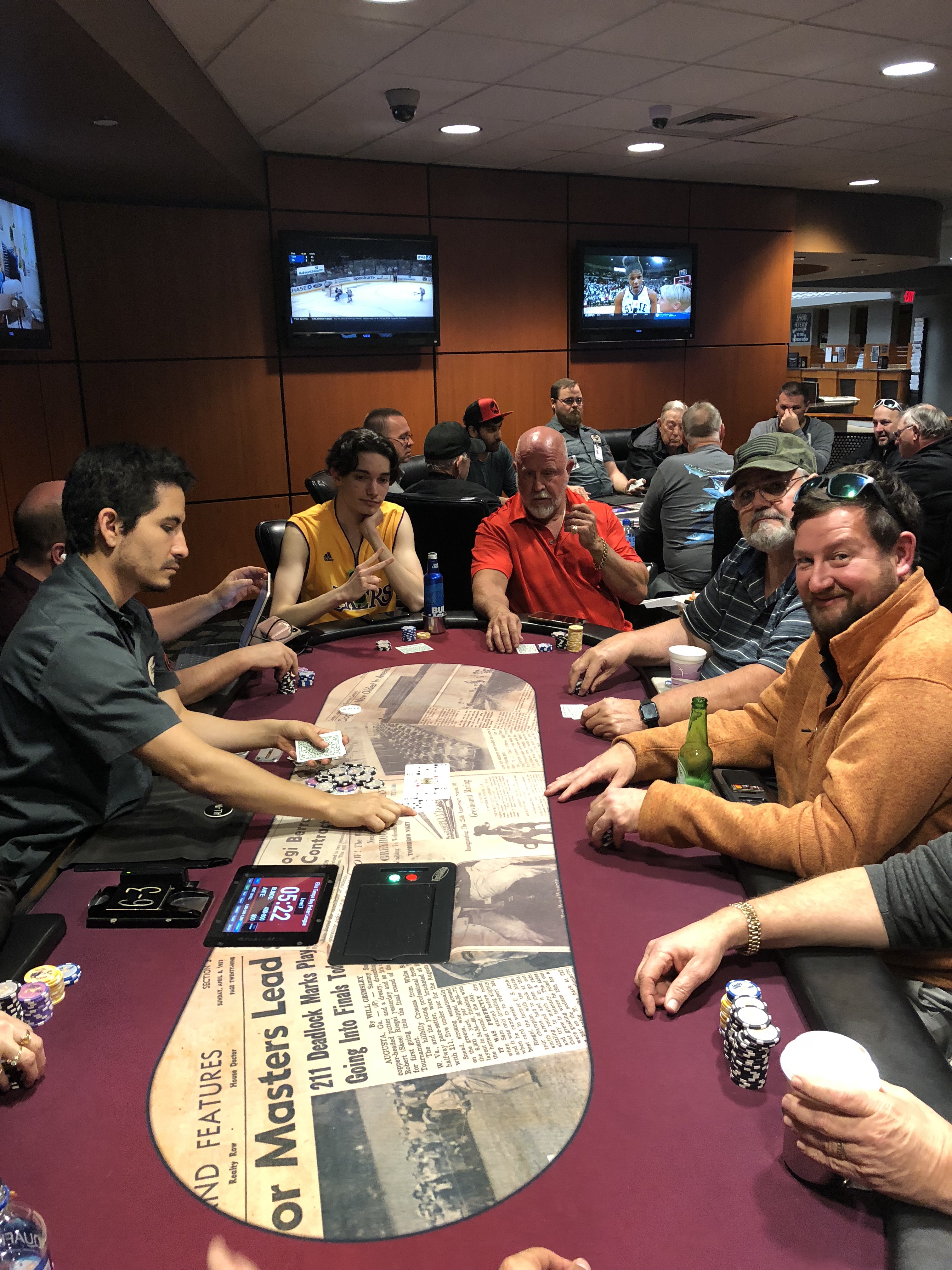 Note that one of our February league nights is Valentines Day.  Because we all LOVE poker the vote was taken and the majority voted that, yes, there will be league on Valentines Day.  Bring wine.  If your significant other REALLY loved you they wouldn’t want you to lose a point, would they?

The league welcomed a new member this week – Danny Castillo.  Danny is a regular both in St. Pete and over in Tampa.  Our blogger still smarts from a hand a couple of years ago….Does anyone in the Bay Area not run bad against Danny?

1st hand of the day.

Doc raises with 44, Donnie calls with A-8. Flop 8-7-4. Doc goes all in, and Donnie inexplicably calls.  Brick brick. Doc doubled up, and promptly tries to get in the last longer.

All in on the flop. Wade turns the A to take out Allen

Speaking of Quads, here is Chrissy taking a pic of her flopped Quads.

No pic but Steve T then sucked out on Karl. Steve had Q-5xx. Vs Karl’s AQ. AIPF. Steve was short. He rivered a 5. In his defense, they were both red.  Waiting to see Karl’s new memes related to Thursday’s league.

Joe vs Marv Joe was AK