Spring League Week 16: Jason final tables to maintain his domination of the league while Clive jumps 7 spots into the top ten with a win! 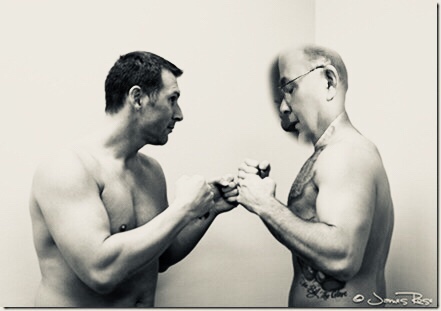 Week 16 had a few minor changes in the leaderboard but Jason Barnett  continues to dominate the league this season.  Steve Trizis is a full win behind Jason and if Jason keeps final tabling it will be tough to catch him even though he also final tabled with a 10th place finish.”

Our local Fedor look-alike Trey Harrell continued the month long celebration of his 21st birthday with a 7th place finish this week.  He is now in 6th place on the leaderboard.

The league members tried their best to throw his game by encouraging him to celebrate his official “adulthood” with beer(s) with no luck.

Ken O’Donnell had some early run good when Gascard raised his preflop bet with AQ.  Ken Reraised all in with AK.  Gascard called and was out.  It was heard as he left the table “maybe he should let his Tesla play for him”** Later Ken’s luck ran out and Darryl had a dream hand.

Darryl raised with KsKd.  Ken reraised with QsQh.  The flop was 2s-6s-7c.  Darryl check raised the flop and turned a K.  And rivered a K.  Quad Kings for Darryl led to a 2nd place finish this week for him after a very slow start to the season.  Now we’ll have to believe Darryl when he raises again.

Steve had a nice had when his A6hh> Dave’s 89.  Steve flopped top pair with his 6 and the nut flush draw and Dave flopped a gut straight draw.  Dave rivered a straight, Steve the nut flush for the win.  The floor was called when Steve jumped up and started yelling “I’m coming for you Jason!!!!” disrupting the game.**

One of the hands that led to Clive’s win and move up from 15th to 8th on the leaderboard this week was an All in pre-flop by John Muscles Gordon with AQ.  Clive called with JJ.  Gordon was feeling pretty good when the Ace came on the turn but a Jack on the river quickly turned his smile upside down and he was out.  Gordon jumped up and knocked over his chair while muttering “Who calls with a hand like that?!”.**

There were ballots this week to decide how to  handle the end of season payouts.  Right now it is very close – 12 picked option B which has 5 Mains, 4 minor packages and a freeroll  while 11 picked option C. 4 Mains, 7-8 Minor packages and a freeroll.  Two qualified players, Ed & Tina, still need to vote and the final determination will then be made.  No pressure Ed & Tina.

In the end the Week 16 final table in order of finish was:

**Note that certain hand descriptions above may have been  elaborated upon with slightly fictitious scenarios by the blog writer to make it more interesting however Darryl really did get quad Kings.