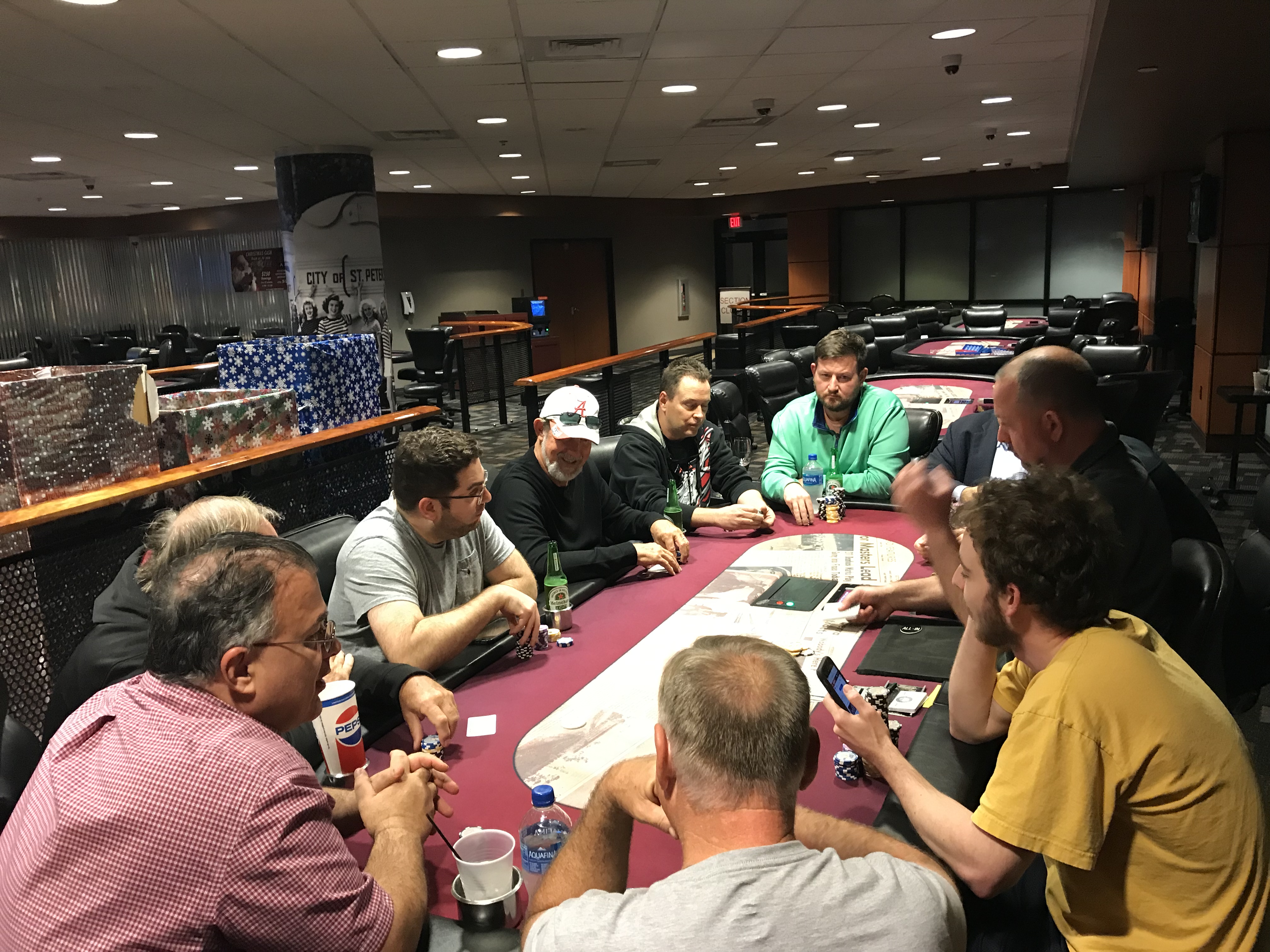 Thursday night was the final night of the Fall Season and there was a lot of potential movement on the leaderboard going into this week.  Jacob was in top 5 but several players, with a good week, that could push him down to the minor package level.  Several players were only a point apart.  Peter K took the week off and ended up first overall where he was for much of the season.

Eligible participants who played at least 16 weeks and 3 of the last 5 weeks and did not win a package may participate. in the freeroll event for at least two more minor event package prizes. Watch here for an announcement on the Freeroll date.

Check out the Fall 2018 League Standings Page for the final leaderboard.

The night started with some big hands.  Jacob caught a straight flush in a hand against Brian DeCosmo who was playing unusually tight (for him) due to a nice season end last longer that many of the players were participating in.

Soon after the straight flush, Jacob flopped Quad Kings & Tina finally folded the river with 99. She asked him if he had a King & he said “I can’t say that” – not a lie, he had 2 Kings.

Darryl was All in with a Q & AQQ flop. Mo called with an Ace and rivered another A for the knockout

The door opened for other players to possibly win a seat in the Main when Fil’s 55>JakeA9 for the knockout.  There were still some points needed to catch up with Jacob though.

At the outer table their was some action. A-3-9xddflop. Doc bets $5K ( more than pot) Steve goes all in with A-Q. Doc calls with A-3. Steve calls for a 9 which the dealer promptly produces. Then a King on the river to chop.

And we were at the final table with Dave and Fil hoping to get enough points to knock Jacob out of the top 5.

Super Dave vs Mo Maher. AIPF (All in Pre Flop). Dave got a gut shot to knock Mo out 9th.

In the end the final table for week 21 in order of finish was:

Steve “warmed up to win the Spring Season” Trizis  – 5th