Week 20: Ed moves into Top 5 after a chop for 1st this week with Darryl! 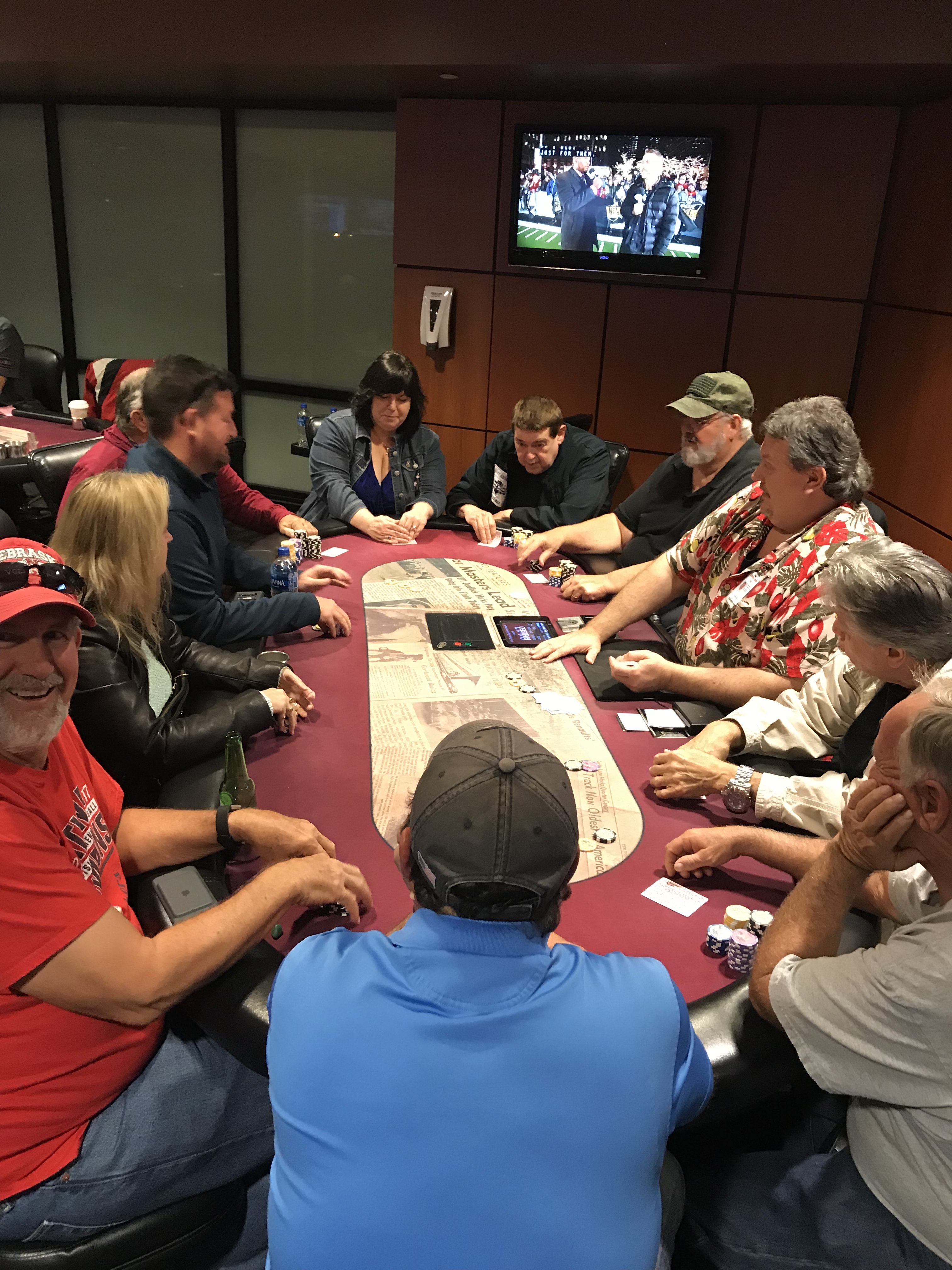 There was plenty of action last Thursday as players attempted to work their way up the leaderboard since almost everyone was still in the run for a top 10 season finish this week if the cards fell in the right place.

Thusday, December 20, is our last week of the season so we are almost done with the season. Every week as well as attendance is crucial because players must play 16 weeks to be eligible to win a prize and share of league winnings during the WSOP this summer. Players must play 3 of the final 4 weeks to play the free roll for another package.

With a Q on the flop Derrick W back in it

Later Tina was knocked out when SuperDave, who was on fir all night, cracked her AA with 2 pair. An ugly two pair.

Gascard was short after his TT< Andra’s KK with most of his chips in the pot. 2 scary Aces on the board had them checking down.

Ed then got the knock out.

In a limp pot Steve T raised to 5K at 600/1200. Ed called & Andra folded. Ed flopped a set of twos & ended with a FH winning a few of Steve’s 5K chips along the way. The Duckman was summoned for the celebratory quacks.

SuperDave AQo>Derreck W 88 For the knockout

And we had the final table!

Darryl AJcc > Sherry AQhh. He flopped a J and a flush for the knockout. He inadvertantly exposed his hand after he called Sherry’s AIPF with SuperDave still had to act. Kenny said just flip it back over, Dave won’t remember what you had anyway. The table nodded their heads in agreement.

After knocking Andra out with a worse hand AIPF, Dave then knocked Kenny out when AKo>A5dd

In the end Ed and Darryl chopped first.