Week 10: Another Godfather win and a birthday celebration to make Andra feel better about being at the bottom of the leaderboard. 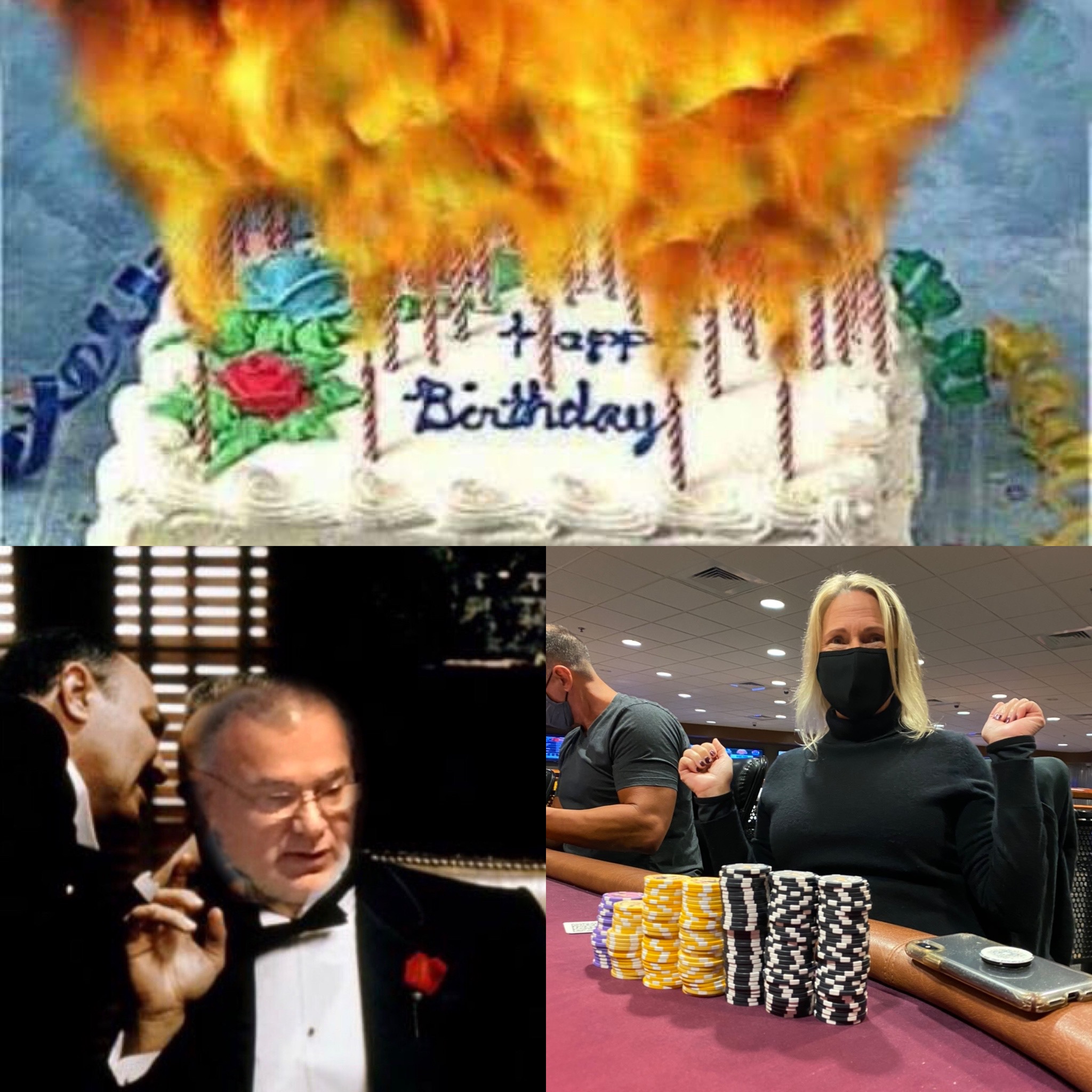 In the first big hand of the night 100/200 Andra raised to 600, Tina called & Joe raised to about 3600. Andra shoved her approx $11K. Joe tank called and tabled AKcc, Andra KK. The flop had two clubs and when an A came on the turn the birthday girl was sent to the rail. She was overheard saying “You d%#k it’s my f#%!ing birthday!” to Joe as she headed to the window to rebuy. There was no penalty for the foul language because it’s tax season.

Steve was out next when Tina’s flush bested his KQ for a huge pot!

Jason rivered a six to river a full house over

Mark’s Flush to cause serious damage to his stack.

Preflop, Tina pushed all in SuperDave called. Tina, as we know, is an Ace Magnet so SuperDave (not to be confused with VegasDave who was out early after returning from his Eiffel Tower climbing escapades in Vegas) was out 8th.

Jason was out 7th after he shoved all in preflop. Chrissy called and took his stack.

Doc Brown doubled through Steve Trizis much to the delight of the members who are sick of him winning.

Doc then donked off his chips to Chrissy much to her delight.

Steve was doubled by Clive & Doc tripled knocking out Clive in 6th and Tina was out 5th.

Doc Brown was then iut 4th after some horrendous beats.

But then Steve knocked Joe, the current season leader, in third place.

After an intense heads up battle, very similar to the recent Doug Polk/Daniel Negreanu heads up matches, Chrissy finished second best after her win last week. Steve was the big winner for week 10.

There are 10 more weeks this season with 120 first place points up for grabs. Noone is out at this point-anyone can still win a Main Event seat!