Week 14: The Godfather vs The Wanker: The battle of 9 high like a boss! 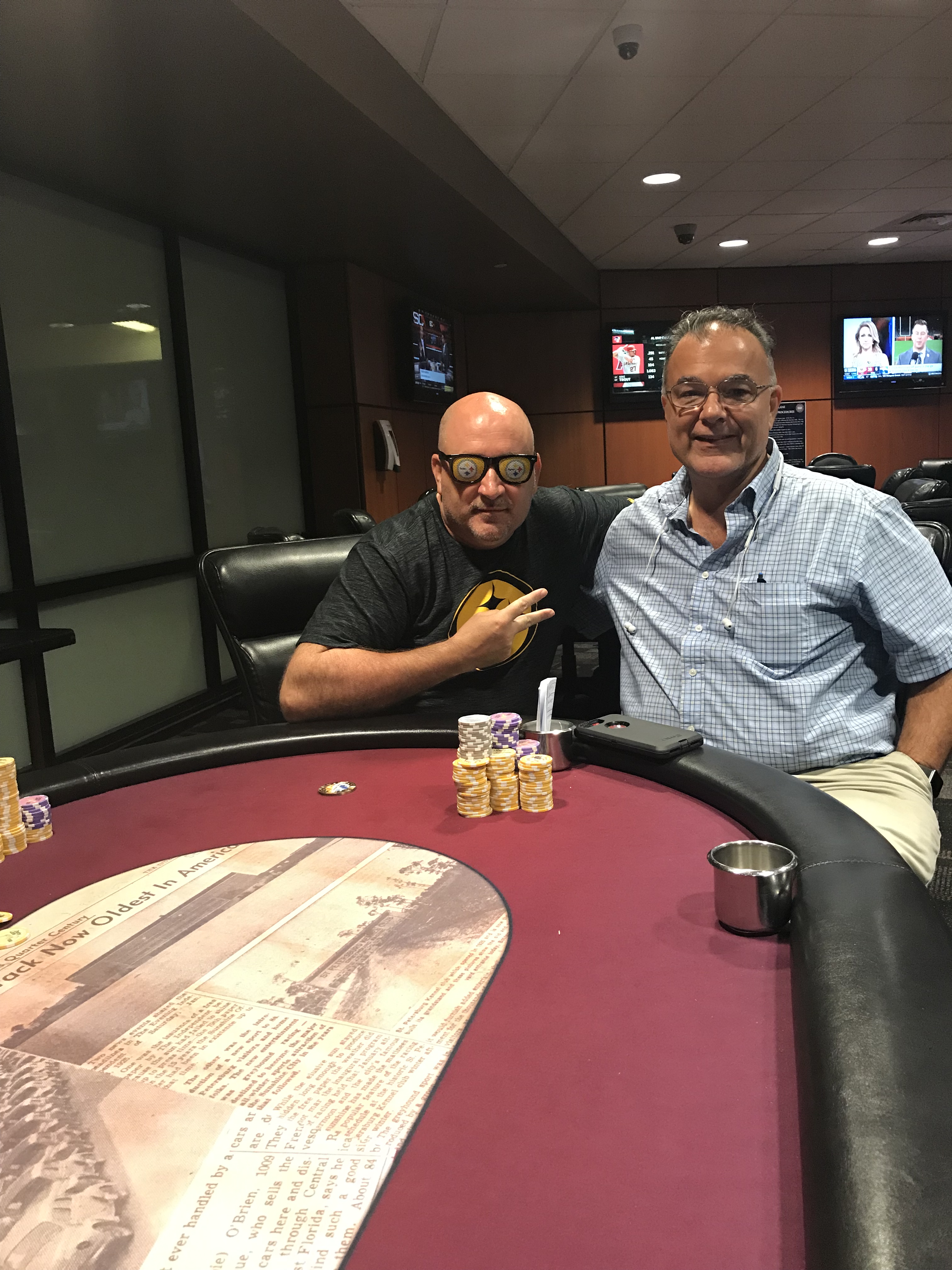 Week 14 started slow for some and it was a roller coaster for others.  Steve “the Godfather” Trizis experimented with a new style of play by randomly shoving 9 high at least two times and declaring “Nine High like a Boss” when all folded.  This usually occurred in hands involving Clive “The Wanker” Gavin”.

Doc Brown and Derek Csanadi were both somewhat disappointed with this hand.

Doubled again!!!   Andrea seems to know just the right time to play hands like 93 off and it pays off!  He is a GOD!

Clive’s dance after taking out Gene and Alan

We had our Final Table

Steve AJ>Andrea AK This wasn’t a nine high like a boss hand.  We officially have NO IDEA WHAT ANDREA HAS when in a hand with him.  He has achieved that goal.