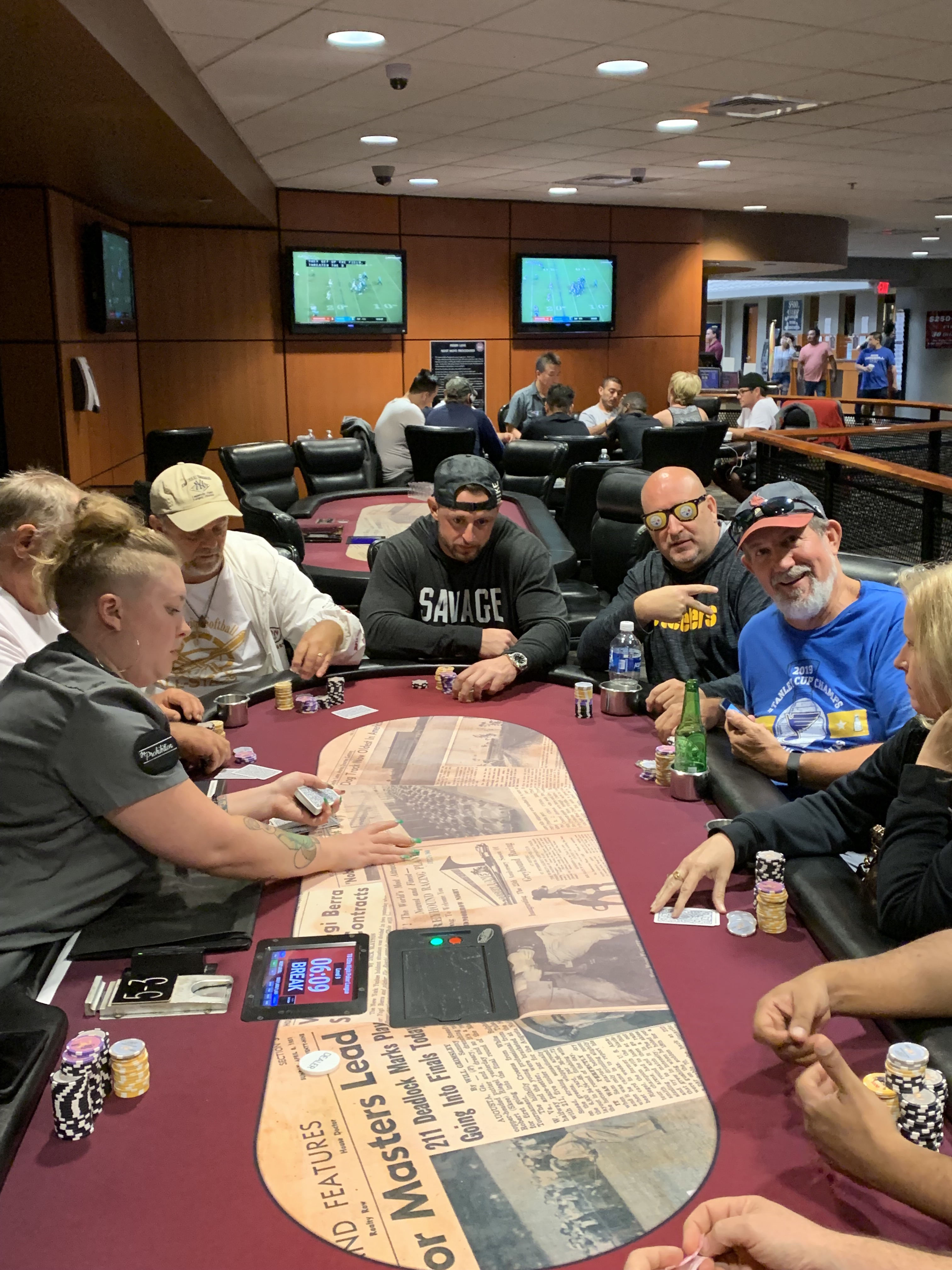 Early in the tournament, at the feature table, hands were being counterfeited. Allegedly. For non players, Counterfeiting in poker is when a players pair or two pair is rendered ineffective due to the presence of a higher pair on the board.

The term was being used a bit loosely at the feature table.

Clive “The Wanker” Gavin 66> Gerald Silva’s Kk when he flopped a set. Gerry shoved & he was sent to the rail after Clive called.

John “Muscles” Gordon doubled up with JT>Clive’s J7. Clive had chipped up to a big stack early & was playing questionable hands because he could. He was also using his stack to his advantage.

Andra’s stack kept getting shorter despite only playing top quality hands. When she missed her nut flush draw and had to fold, she was left with 1500 at blinds of 200/400. Then they combined tables to two. In her final hand, in a desperate attempt, she played suited non connectors and flopped the flush draw and bottom pair. It was not to be, and Clive knocked her out. She declared that this week’s blog would be titled “This League is bulls$&@” but did back down on that.

Steve Trizis returns from his Travels next week and will be happy (and probably vocal) about remaining one point ahead of Andra despite missing three weeks of the league. Jason Barnett, in the lead as of week 8, says “bring it on!!

Doc Brown, who chopped first place in weeks 7 & 8, pushed all in on the turn Sherri snap called.

Her A9 turned into a Full House and Doc’s run good was over. With her first Grandchild arriving this past week on 9/9/19 at 9:09 she’s changed her mind about hating nines.

Matt KJ was no good against Allen’s 89

We had our Final table

Clive’s trip 8’s lost to Andrea Ruosi’s straight flush to knock him out in 7th.

With 4 players left Derek jams with J8. Rob calls with A 10. Flop has both a 10 & 8 keeping Rob in lead. Turn brings an ace hiving Rob 2 pair. But Derek spiked an 8 on river to give him trip 8s sending Rob to rail in 4th.