Week 13: Don Dean moving up! Watch out Steve! Get back here Tonia! 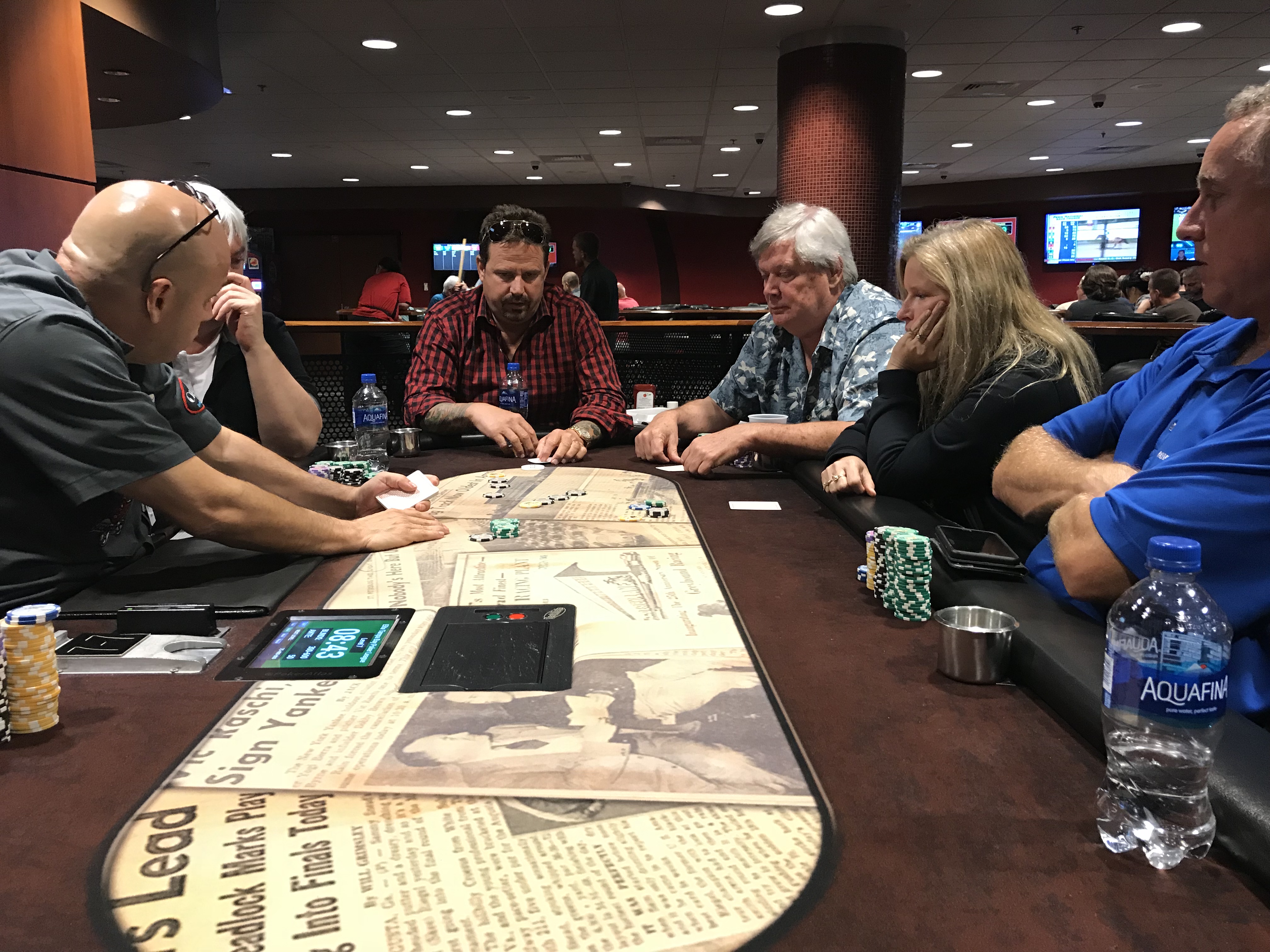 We had a surprisingly early (for him) bust this week when Steve’s set of 2s were not good enough to overcome GasCard’s set of 3s.  It was eerily similar to an earlier hand where Sherry slammed her fist shouting ‘YES!!!!!!” when her 8 high on the button beat out the small and big blind’s 7 high and 5 high.  Well, not exactly similar.

GasCard had a nice stack of chips and was able to final table into 9th place thanks to Steve and a few other victims of his incredible play.

Derek lost a big hand early with a nut flush to Andra’s flopped set that ended up a full house.  She’d recently read an article about avoiding set miners and that along with some other studies, or maybe the fact that Derek had the NUT FLUSH, gave her a really nice pot to start the game.

Derek was able to build his stack  back up late in the game for a 10th place final table finish this week.  Andra, despite winning quite a few smaller pots early, wasn’t able to build up enough of a stack to make the final table.  She did knock Chrissy out.  She was sorry.  Andra later lost a bunch when she held QQ way too long after an A flop and Ken Brown scooped up a chunk of her stack.   Don Dean finally knocked Andra out a few seats before the final table with AA>AQ when she was down to about 10bb.  GasCard was in the hand but fortunately didn’t fall for Don’s “Oh what the hell, I’ll call” response to Andra’s all in (like he was doing her a favor).

Sherry Wiseman made an awesome comeback when she was down to 7K with several double ups to end at 4th place this week.  This ties her for 5th place for the season along with Derek and Don “Not Dean” Anderson.  She’s definitely in the running for a Main Event seat.  Sherry’s husband is moving up as well with his 6th place finish this week.  (That would be Allen but we figure she’s been called Allen’s wife plenty of times so I’d switch things up : P  )

In the end Don Dean was able to hold off John Gordon and take down the tournament this week.  We’re not sure how the final hands played out but we assume Dean had another AA and Gordon’s favorite 44 didn’t hold up.

We still have 9 weeks left, everyone still has a chance to win this, some just a little better than others.  Don’t give up! Just play smart and avoid Steve.  And Don Dean.  And Ken Brown when there’s an A on the board.

The final table for week 13 was:

*Note:  Feel free to message interesting hands/Bad beats/side stories/pics of the weekly league to Steve if you’d like it included in the weekly blog, we only know what we see : )