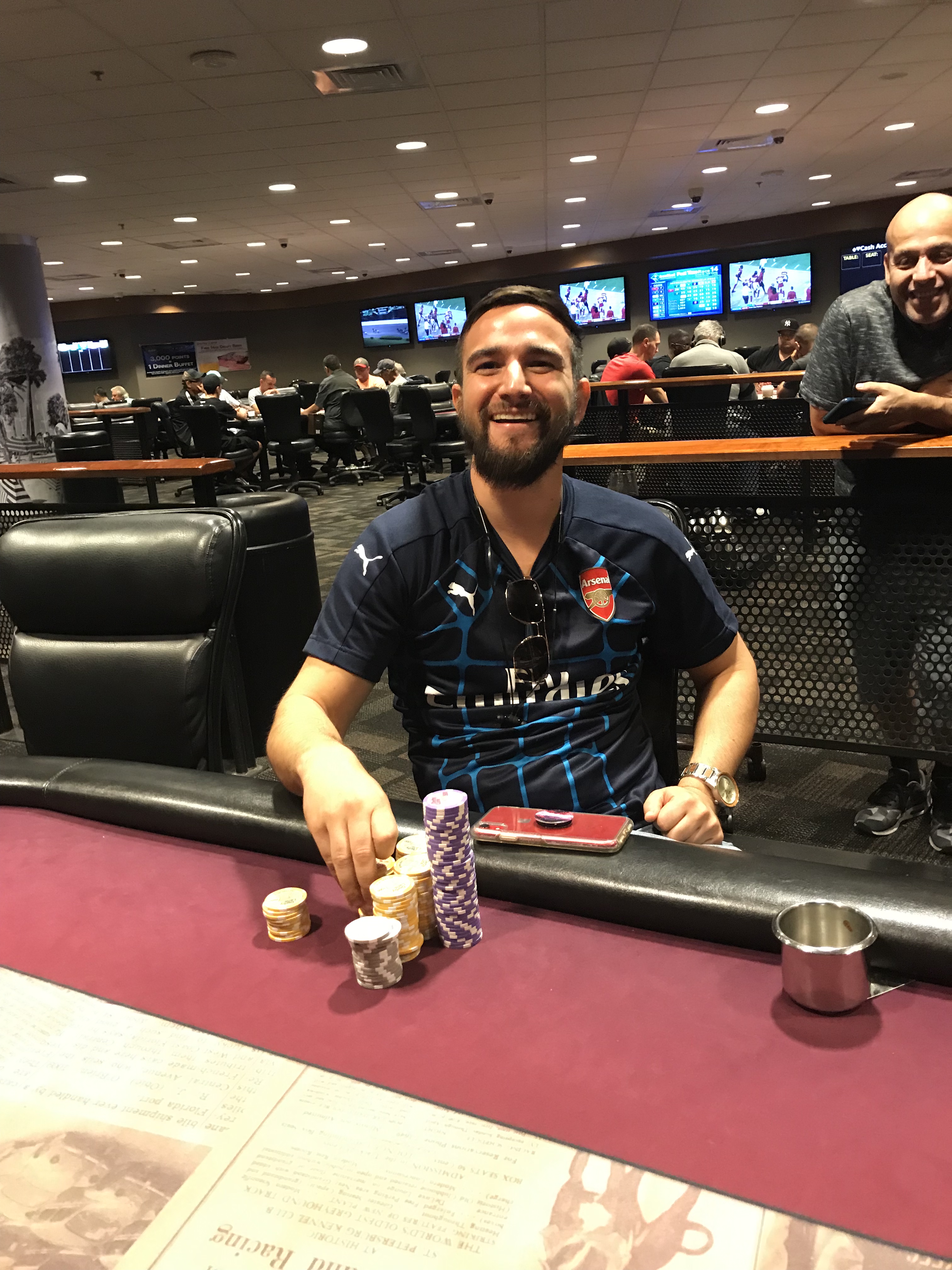 It was a wild ride on Thursday night when Quad Aces beat Quad nines and new member Andrea Ruosi seemed unbeatable taking out multiple players throughout the night and building a huge wall of chips.  In the end he was beatable and Matt Trizis was the champion of the night.  Is this the beginning of a new era?

Ed, short stacked, shoved his 99 and the seemingly invincible Andrea called with AA…. with AA9 on the flop Ed was drawing dead.  To add insult to injury Ed rivered the 9…

Early in the evening at the feature table, Ann flopped Quad tens > Matt’s mucked hand.  This must have been a foreshadow of the quads to come later.

In his first week back and the league Marv Karlins lost early when he went all in with KQ.  Clive called with AK to send the Duckman to the rebuy window where he is well known.

At one of the outer tables Andrea began his winning streak and wall building when his  K10 bested Doc Brown K9 trips when he got there on the straight.

It was determined that when Gene puts those sunglasses on he can’t see the cards, but he must have superpowers  because he always runs deep.

All in on the flop SuperDave sucked out on Doc Brown when he turned the higher two pair.

Alan, currently first on the league leaderboard,  took out Doc Brown (only 1k) and the Duckman for a double knockout! Marv bet the whole way and shoved river

Fil was out when his set<flopped straight of Andrea “The Wall” Ruosi.

Andrea’s KJ then bested Bob’s QJ – both missed the flush but Andrea got the top pair though K high would have been good as well.

After winning some chips from James earlier, Andra’s AQdd>KQo James for bust.

At the outer table Rob flopped a set of AAA and shoved.  He complained about the flop when it came out AJ10 2 spades.

Steve 55> Ann AK for the knock out

Derek, after being on the wrong end of a few hands, built his stack back up with AA>Twitch JJ for most of his stack

Twitch was all in for less – ante first at Derby – but Steve T took the pot and got the knock out.

Andrea Ax> Gene’s 24.   Chrissy would have won the hand if she stayed in by the way…

Matt Ax>Sherry QThh to knock her out on the point bubble.

Andrea Q4O> Clive ATss when Andrea flopped two pair and Clive shoved the flop.  HE COULD NOT LOSE!

Andrea AJo>Andra 99 for the knockout

Andrea Ruosi’s Quad Aces over Ed’s Quad nines.  How is this possible!!!

Juan was all in, after getting a count Andrea found a fold

In the final hand Jason had pocket sevens as the small blind and jammed his 65,000 stack.  Matt called with A6.  The flop was 734, the turn a 5.  With a brick on the river Matt took it down straight over Jason’s flopped set.