Week 12: Story Checks Out! Tampa Bay Notable Karl – the MAN the myth the legend – wins it! 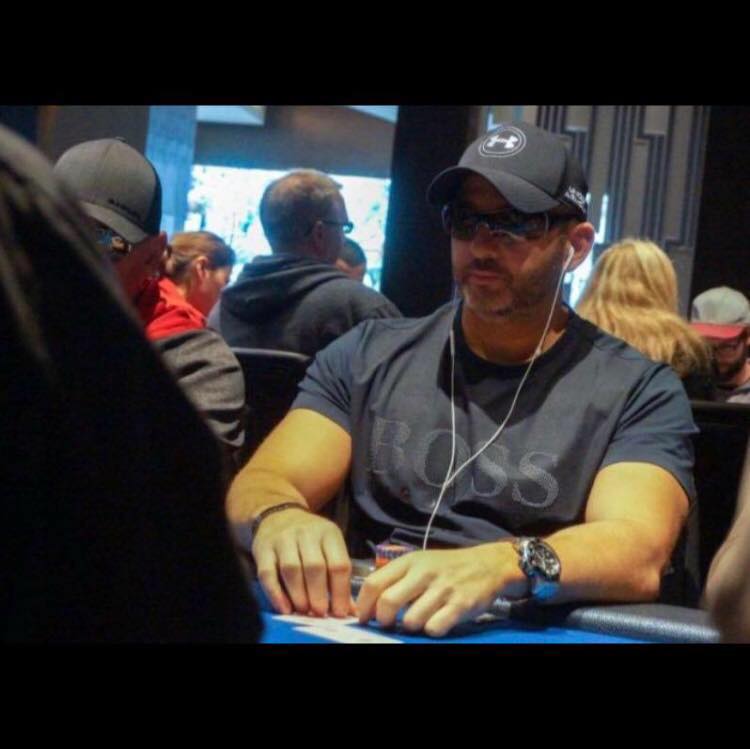 Last week’s winner Mark Winchell started week 12 on a bit of a heater when he doubled up early,  Zayba seemed to be his lucky dealer.  It was not to be however and he fell short of the final table.

Q on flop for Karl.   Members are excited to have Karl in the league this season and would love to see him in Vegas even more!  Kenny did maintain his first place on the season leaderboard but Steve T and Jacob are not far behind!

Steve Z then continued his lucky run when he cracked Karl’s AA with 44.  He Flopped a  4, Karl turned nut flush draw but missed.

Later Ann was All In preflop with AQ, Rob called with A8hh.  Rob turned a full house for the knockout.

All in on the flop. Herb had the king. Doc Brown had the 3-5. Runner runner quad fives for Doc!

Again it was Doc Brown- this time vs. Steve “The Godfather” Trizis. All in on the turn.  Steve had the AA.